Listen to “Counting Stars” by The Choir HERE

Veteran alternative rock band The Choir remains consistent in the important ways ? and remains unpredictable in equally important ways. Building upon a legacy that began with 1985?s Voices in Shadows, the Nashville-based group continues to release music full of imaginative sounds and evocative melodies while drawing upon diverse threads of dream-pop, shoegaze, and Laurel Canyon craftsmanship. The band?s beguiling songs still reveal insightful and dangerously intimate truths. The uncommon trust that the band has shared with its audience has been reciprocated. Bonds forged one-on-one have sustained the Choir for 35 years.

The Choir has earned top marks this decade for albums including 2014?s Shadow Weaver and 2018?s Bloodshot. Current touchstones include a 30th anniversary for the shimmering and optimistic Wide-Eyed Wonder LP and a 25th birthday for the edgy and caustic Speckled Bird. But the band that came of age during the heyday of the record business is now exploring innovative new avenues in order to reach fresh ears. ?The days of making a record every two years and doing a couple of tours are over,? says singer and guitarist Derri Daugherty. ?As older guys, we have to rethink our approach.? 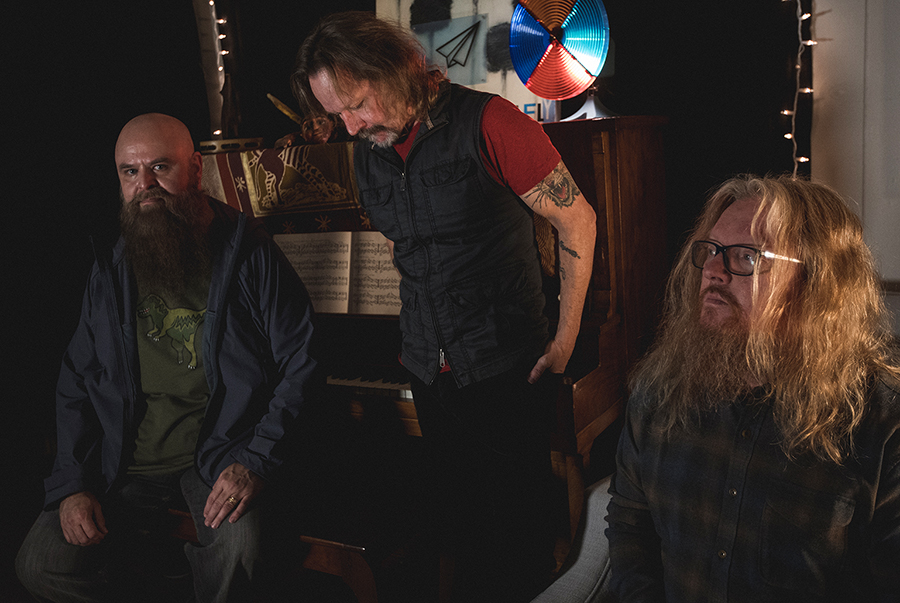 In 2019, the Choir is pushing the limits of its digital presence in the streaming world. This fall, the group raised production funds through royalty-sharing app Vezt by licensing ownership of beatific Bloodshot waltz ?The Time Has Come? to fans, encouraging grassroots promotion.

Instead of building a body of songs for a new studio album, the group has released a string of singles. First came a moody cover of Phil Collins? ?In the Air Tonight,? featuring a captivating Daugherty vocal that heightens the tension of Collins? original. The group flexed its own songwriting muscle with the chugging pop of ?Mystical World,? wherein Daugherty?s guitars nod to the sounds of New Order, Modern English, and Jesus & Mary Chain alongside a Dan Michaels saxophone line that sends love notes to Psychedelic Furs. Drummer Steve Hindalong?s lyric celebrates life and love in a more mature version of wide-eyed wonder.

Next came ?Kathie?s Garden,? with its summery acoustic jangle serving as a fond eulogy to Hindalong?s beloved sister. ?Kathie taught second grade for 30 years,? says Hindalong. ?One of her legacies was a garden that she maintained at her elementary school. She encouraged the children to get their hands in the dirt. Just like she cultivated the plants in her garden, Kathie cultivated the hearts and minds of the children in her care with tremendous love.?

The band?s fourth and newest offering is a reimagined version of OneRepublic?s chart-busting 2013 single ?Counting Stars.? The Choir puts its stamp on the song by subverting OneRepublic?s club-friendly pulse. ?The original was so stunning already,? says Michaels. ?It was a daunting challenge to do something different with it that holds up.?

?I thought about the celestial angle,? says Daugherty. ?The opening is full of swirling guitar, with all of these layers and weird backward lines happening. I was picturing the chaotic haze of the universe, and the beauty of it.?

?Our version is more chill,? says Hindalong. ?My girlfriend’s teen daughter said it sounds like we did the nighttime version. I like that.?

Daugherty?s wistful tenor is propelled into an emotive, sky-sailing supplication that frames the scene of a struggling young couple yearning for the means to find peace of mind. ?No more counting dollars, we?ll be counting stars,? sings Daugherty. The story connected with Hindalong as confessional, revealing, and ultimately poetic.

?I like that Ryan Tedder?s lyric is mysterious and deals in contrasts,? says Hindalong. ?It?s despairing and hopeful. What came to my mind is ?money can?t buy you love,? so I immediately connected it with the classic Beatles tune. I also related because most of my songs are directed to one person. Listening to ?Counting Stars,? it feels truthful and transparent. It?s like overhearing a private conversation, although you may be unaware of the context.?

For a band of its vintage (and one not known for performing other artists? songs), it?s interesting that the Choir has chosen covers rooted in its past and present. There?s a sense that the band has a collective ear for the classics but finds joy in discovery. ?We?re always listening to new things,? says Michaels. ?I’m a music seeker,? adds Daugherty.

OneRepublic?s video for ?Counting Stars? has reached nearly three billion views on YouTube. If the Choir can tap a fraction of that staggering audience, it will be a jolt to the band?s visibility. To that end, the group has recently completed principal shooting for their own ?Counting Stars? clip, enlisting OneRepublic creative director and videographer Brody Harper. Expect to see the video early in 2020.

Listen to “Counting Stars” by The Choir HERE